Born of the Sun: Adventures in Our Solar System edited by Mike Ashley

In this latest addition to the British Library SciFi Classics series, Mike Ashley takes us on a tour of our little neighborhood in the Milky Way. 😃 He has selected stories set in the planets orbiting the Sun (including Pluto despite its “dwarf planet status”), along with the asteroid belt. Even though in these stories […] 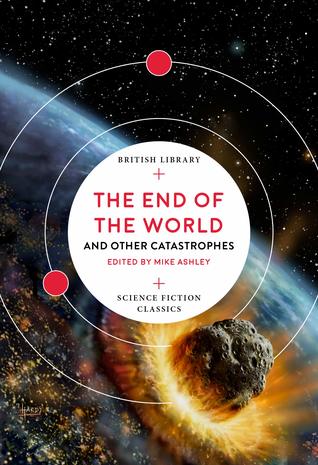 When the British Library Science Fiction Classics series first came out, I planned on going through them in the order they get published. But ever since I received The End of the World and Other Catastrophes, I’ve been itching to read it. With catastrophic disasters striking more often nowadays, and the increase in the likelihood […]

Lost Mars: The Golden Age of the Red Planet Edited by Mike Ashley

I’ve neglected the British Library Science Fiction Classics series ever since I read Moonrise, so now I’m trying to play catch-up. 😀 Lost Mars edited by Mike Ashley contains ten stories focusing on one of Earth’s planetary neighbors, and it’s an insightful read if you are interested in finding out how SciFi writers’ perceptions of […]

At the beginning of this year, The British Library launched its Science Fiction Classics series. I love their Crime Classics series – it has tremendously helped me in discovering authors previously known to me – and given that I’m a newbie to SciFi genre (I have only read The Time Machine, Dark Matter, and The […]